When Team Rocket pounces, Ash is excited to show off his new Z-Move, but Lycanroc can’t quite make it work. After Kiawe steps up to send the villains blasting off again, Jessie and Mimikyu land in a shopping mall—and Mimikyu’s disguise is torn!

Jessie thinks this is the perfect opportunity to get Mimikyu a new outfit, but it just isn’t interested in changing its look. She finally agrees to mend the ripped cloth, and when they battle again, Mimikyu actually listens to Jessie’s commands! Unfortunately for them, Lycanroc has been training hard, and it performs a perfect Z-Move that sends them blasting back to Bewear! 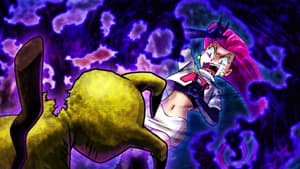