Upon returning to Virbank City, Ash and friends meet Halsey who runs a rescue team consisting of his two Frillish, his Dewott, and his Watchog. Making his personal feelings on the idea of Pokémon putting themselves at risk for the sake of humans known, N’s belief that Watchog (who seems ill-suited for the Team’s risky endeavours) is being used as a tool causes an ideological clash between Halsey and N, but the two young men must put their enmities aside when a fire breaks out in Virbank City’s Industrial Complex. 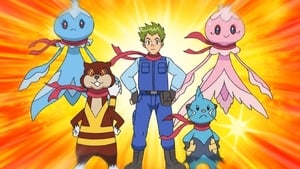