Our heroes are battling hard against a group of mind-controlled Pokémon, and Lusamine is still resisting rescue. When Gladion realizes their attacks won’t stop until the Ultra Beast is defeated, Ash suggests the two of them use Z-Moves.

Instead, Gladion and his Pokémon provide a distraction while Ash and Pikachu use a powerful new Z-Move: 10,000,000 Volt Thunderbolt! This finally defeats the Ultra Beast, and after Lillie pleads with her mother to wake up, Lusamine is finally herself again. 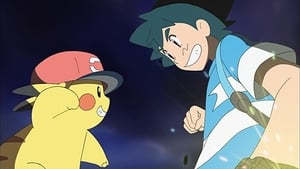