After all the Wurmple confusion, Ash and the gang finally arrive at Granite Cave. Team Rocket is already in the cave, perfecting their next attempt to capture Pikachu. Unknown to our heroes, Stephen and his Aron are busy digging in the cave. Ash, May, Max, and Brock begin exploring the dark cave, only to fall into a hole created by Team Rocket. Before Jessie and James can brag about their success, the floor caves in and everyone falls into the hole. To make matters worse, though, everyone falls into different tunnels and they all get separated from one another. Pikachu, Meowth, and Max end up together; Jessie falls on top of May; and Ash, James, and Brock get stuck together.

As the various groups start wandering through the cave, James, Ash and Brock disturb a rather large group of irritable Aron. Meanwhile, Max, Meowth, and Pikachu have discovered an underground waterfall and pool with dangling vines they hope may lead to an escape from the cave. Everyone ends up meeting in the underground pool with the angered Aron on their tails. Stephen, already investigating the commotion, comes to the rescue and subdues all the Aron with his own Aron. Team Rocket then makes their usual attempt at stealing Pikachu, only to be sent blasting off again by Stephen and his Aggron. Stephen’s Aron then finds the Fire Stone he had been looking for and everyone leaves the cave happy and ready for their next adventure. 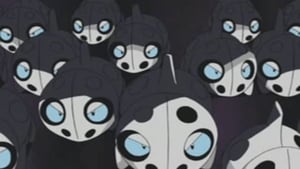 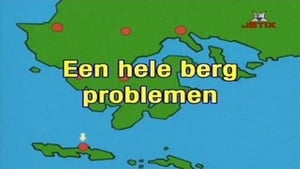