The episode opens with Team Rocket lounging on the beach when suddenly a mysterious creature zooms along the beach and launches Team Rocket out of sight. Later on, Ash and his friends are relaxing and doing their laundry on the same beach. Ash is busy teaching his Pokémon how to meditate. The unnamed creature from before begins to carry off the gang’s tent. Wurmple uses String Shot to try to stop it, but is unsuccessful and the creature escapes.

Everyone is speculating what kind of Pokémon the creature could be and Ash decides he wants to catch it. Later on, Team Rocket sees the creature speeding down the beach again and try to go after it, but have a run-in with a Loudred. Ash and the gang set out Pokémon food to attract the elusive Pokémon and end up being chased by it instead. They get split up, but the attacker is thwarted by Pikachu’s Thundershock. The next morning, Brock asks his Forretress to make a large hole so that they can catch the creature. The only thing they end up catching is Team Rocket. The mysterious Pokémon then emerges and sends Team Rocket blasting off again. Pikachu takes the opportunity to use Quick Attack on it and they discover that the troublesome Pokémon is a Corphish. Brock advises Ash to catch the Corphish to use against Brawly, but the Corphish is too strong for Pikachu. Treecko eventually saves the day and Ash gets to add Corphish to his team. 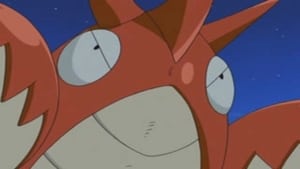 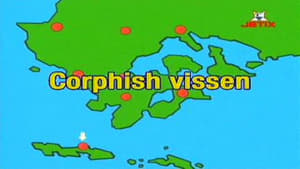