The episode opens up with Brock helping Ash and his team train on the beach. They soon discover that Professor Birch is in the area doing research on Wingull. Professor Birch offers for Ash and the gang to join him in his research. They agree and soon come across a hidden doorway. They discover it is unlocked and it turns out to be someone’s Secret Base. The owner of the base arrives and kicks them all out. They rush away before the boy’s Nincada can attack them. Team Rocket sees all this and after Ash and company leave, they force the boy out of his base and claim both the base and his Nincada as their own. They contact their boss to gloat about their accomplishment only to be told that they should be doing a lot more.

Outside, our heroes run into the boy again. The gang introduces themselves, and find out the boy’s name is Keanu. They listen to his story and convince him, with their help, to go back and reclaim his base. In the meantime, some Team Magma grunts were dropped off nearby via helicopter and some Team Aqua grunts are somewhere near in a submarine. The Team Magma grunts reach the base and claim it for themselves using their Mightyena. Team Rocket then rushes from the base and the Magma grunts begin to drill. Eventually, the drilling leads to a secret cavern with some sort of shrine in it. Team Rocket is spying on them at this point, hoping to steal whatever it is Team Magma finds.

Team Aqua suddenly arrives and a short battle and argument ensues between the rivals. Their bosses call them both back, claiming to have all the needed information. Team Rocket is marveling at how big their new base is when Ash and Keanu slide down a rope made by May’s Silcoon to reclaim the base. Team Rocket is defeated again and the show ends with Keanu and Ash shaking hands as friends. 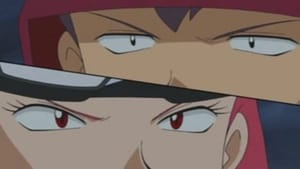 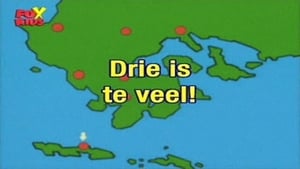