The scene opens up with Ash training his Pokémon at the beach. A young female surfer comes to shore and challenges Ash to a battle, explaining that she trains with Brawly and that she is one of his best students. They decide to eat lunch first, though. Unknown to them, they’re being spied on by Team Rocket in their Magikarp sub. Team Rocket goes into their usual scheming to steal all the Pokémon, including the new girl’s. Brock notes that a storm must be coming because Pokémon are searching for safety and the sea is in turmoil. Ash and the girl start their match. She sends out Meditite, and Ash sends out Pikachu. Before anything can really happen, Brawly appears and orders that the match be called off due to the storm coming.

The group begins heading back through the forest, collecting various fearful Pokémon along the way. While walking, they find out that the girl doesn’t actually train with Brawly; she just studies at the Gym. Team Rocket’s attempt to get back to their sub was cut short by a huge wave coming and sending them into the sky, only to land in front of Ash and the gang. They join the group in their trek to safety. Everyone spends the night in a cave.

The following morning, things are back to normal with Team Rocket trying to steal Pikachu. Brawly sets Hariyama after them and sends them on their way. The girl and Ash have a battle and Pikachu wins. Ash challenges Brawly to another battle and Brawly accepts and begins to lead the group to his battling arena. 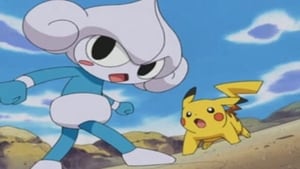 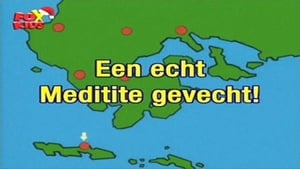