It’s another relaxing day at the beach for Ash and his friends. Ash’s overzealous Corphish cuts lunch a little short when it dices everything to inedible bits. Meanwhile, Team Rocket happens upon an abandoned mine shaft and investigates, hoping to find forgotten riches inside. Once inside, they discover a mining cart and jump inside to see where it goes. They soon are met with two glowing eyes. Jessie and James flee, leaving Meowth to deal with what turns out to be a Sableye.

Outside the mine, Jessie and James see Ash and company approaching and decide to hide. Ash spies the mine and wants to go in to play a trick on Corphish. Sableye befriends Meowth and shows him the control room in the mine from which the entire mine can be viewed. They can see Max and May preparing to act like ghosts to play the trick on Corphish. Meowth convinces Sableye to help him steal Pikachu. Max and May’s trick backfires when Corphish panics, attacks May and Max and sends them on a cart speeding down the tunnel. Sableye startles the two and May sends Torchic to try to capture it. After May’s failed attempt, Meowth appears and drops a net over her and Max. Ash retrieves Brock and they go back in the tunnel to find the siblings.

Meowth and Sableye terrorize Ash and company when they arrive in the cave, capturing Corphish and Pikachu. May and Max, freed by Torchic, try to stop Sableye. Jessie and James arrive and Sableye realizes it was tricked into helping them. Ash sends Taillow to stop Team Rocket and Jessie throws a smoke bomb, causing the shaft to cave in. Sableye motions to Ash and the gang to follow it and it leads them out. Sableye sides with Ash and helps free the captured Pokémon and send Team Rocket blasting off again. 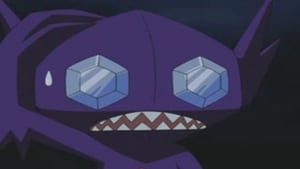 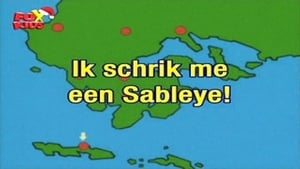