The Ghost of Maiden's Peak

The boat that Ash and his friends arrive in the port city of Maiden’s Peak to attend the Summer’s End Festival. Brock and James both fall for a beautiful girl standing by the sea who disappears. Ash, Misty, and Team Rocket learn that she is the ghost of a maiden who waited for her lover to return from a war and eventually turned into stone. While trying to protect Brock and James with some stickers bought from an old woman, the maiden reveals herself as the old woman, who in turn reveals herself to be Gastly, a ghost Pokémon. Ash tries to fight Gastly to release James and Brock from its spell but fails, until the sun rises and Gastly is forced to disappear. It is revealed that the ghost of the maiden actually exists and is a friend of Gastly, and is still waiting for the one she loves to return. 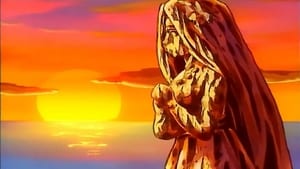