When Bulbasaur gets injured in a battle, it starts to feel and act different. Ash takes Bulbasaur to a Pokémon Center and is informed that Bulbasaur is just ready to evolve. After hearing this Ash gets totally excited that he didn’t even think if Bulbasaur even wanted to evolve. Not knowing that it is time for the Bulbasaur festival when all Bulbasaur in the region evolve. Bulbasaur gets kidnapped by a group of Bulbasaur led by a nasty Venusaur and taken to the festival against its will. 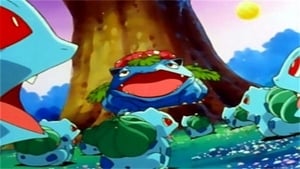