The March of the Exeggutor Squad

When at a carnival, Ash and his friends meet a magician who is really losing his touch and fails in his own magic show. In his effort to get better, he decides to hypnotize Ash and uses his Pokémon Exeggcute to capture loads of Exeggutor. But the Exeggutor end up hypnotizing themselves and Team Rocket and almost destroy the entire carnival. Luckily, they are saved by Charmander, who evolves into a disobedient Charmeleon. 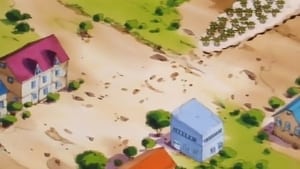