While eating Brock’s riceballs, Ash hears a shutter which he thinks is a gun. It’s really a camera belonging to a photographer named Todd. Todd was hired by Team Rocket to capture Pikachu, but he thinks they want him to capture a picture of him. After the confusion, Todd joins the group. 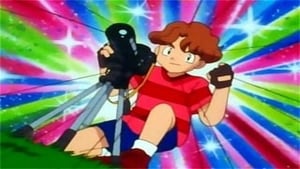