Finally arriving in Viridian City, Ash is cornered by Officer Jenny who asks why he is carrying Pikachu instead of having it in a Pokéball. After explaining, Jenny takes Ash to the Pokémon Center where Nurse Joy begins treatment on the injured Pikachu. Before Pikachu’s treatment finishes, however, Ash is interrupted by Misty, the girl who Ash took the bike from, who vows to stick with Ash until he pays her back for destroying her bike. The Pokémon Center is then attacked by Jessie, James, and their talking Meowth, members of the villainous Team Rocket, seeking to steal all of the infirm Pokémon. Ash’s Pikachu and the Pokémon Center’s many Pikachu manage to defeat Team Rocket by shocking them, sending them “blasting off” into the sky. 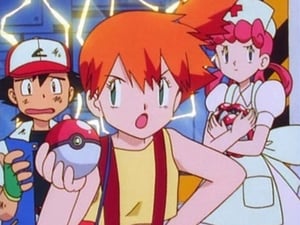 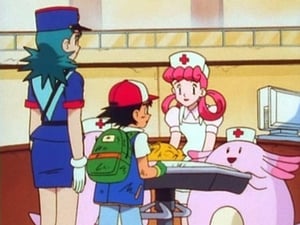 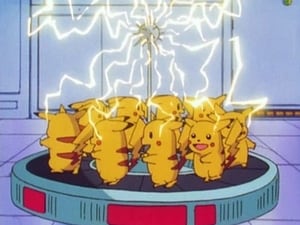 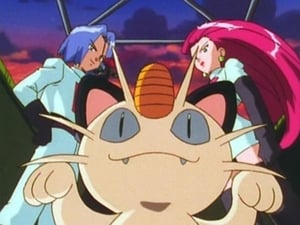