After finding a missing person sign featuring James, Ash and his friends decide to find James and inform him of his parents’ death. However James’ parents turn out to be alive, and their death was only a decoy to get him to return home to the rich Jessebell, a girl James was arranged to marry from when he was a little chid. James has left because Jessebell is terrifying, so everyone tries to save James from this fate, including James’ old pet Growlithe, Growlie. 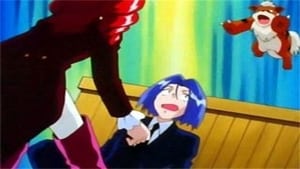