Before they can oppose Team Rocket’s evil plan to gain control of the Pokémon of the world, Ash and friends must escape from a Team Rocket holding pen. With their Pokémon rendered unable to fight by a sinister Team Rocket technology, this would be an impossible task—impossible that is if Jessie and James had not been fortuitously chosen to watch over them. When, sure enough, Jessie and James slip up, Ash and friends jump on the opportunity to escape. Together with Lance and his Dragonite, they must not only stop Team Rocket from perfecting their Pokémon Evolution Inducement machine, but also somehow quell the rage of the red Gyarados, as it threatens to destroy a nearby town. 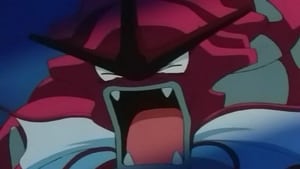