Having defeated Clair and earned his eighth gym badge, Ash must now set out for the Johto League championship, which he learns is to be held on Mt Silver in three months time. As Ash heads toward New Bark Town, where he will register for entry in this competition, he is stopped by two reporters who ask for a shot of the trainer making his triumphant return. The reporters turn out to be none other than Jessie and James of Team Rocket. They trick Ash out of all eight of his badges, but the plan backfires when a passing Wynaut steals the badges from Wobbuffet. Remembering each of the eight victories that earned him these badges, Ash sets out after Team Rocket, determined to get back what is rightfully his. 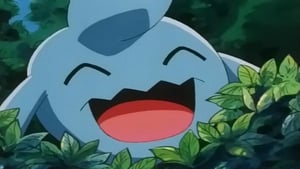