Setting the World on its Buneary!

When Dawn wakes up to a bad hair day, there’s only one solution: have Piplup use Bubblebeam to fix her hair! Yep, it’s just another typical morning on the road for our heroes until Pikachu catches the eye of a wild Buneary. Dawn wants to catch it for the upcoming Pokémon Contest, but it’s too shy to stick around for long. And when Buneary comes back, both Ash and Dawn want to catch it, but Buneary’s too slick for Piplup to handle. That means Ash and Pikachu get a chance!

The only problem is, Buneary definitely has a crush on Pikachu and even hits our heroes with an Ice Beam so it can be alone with Pikachu. This is certainly a new situation for Pikachu, who isn’t entirely sure what to do! But when Team Rocket jumps in and steals Buneary, Pikachu bravely offers to go with Team Rocket if they let Buneary go. Team Rocket being Team Rocket, they accept Pikachu’s offer and then keep both Pokémon anyway. Pikachu manages to break free and rescue Buneary, and the two then work together to wreck Team Rocket’s latest Pokémon-stealing robot.

After seeing all this, Ash and his friends agree that Buneary would be a great addition to the team. However, Dawn decides to observe proper Trainer etiquette and battle it first. This time Dawn and Piplup are prepared for Buneary’s moves, including Dizzy Punch, and it’s a successful catch! Now Dawn has a new Pokémon up her sleeve for the Pokémon Contest in Jubilife City! 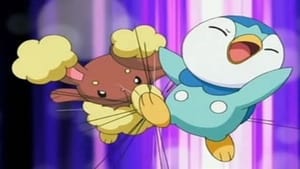