After a strange victory in the second round of Hearthome City’s tag battle tournament, Paul has abandoned his Chimchar and Ash wants Chimchar to join his team instead. Team Rocket wants Chimchar’s power for themselves, and they swoop in to steal it. Their hot air balloon getaway flames out when Chimchar toasts their balloon and happily returns to Ash. For the quarterfinals of the tournament, Chimchar will rest and watch Ash and Paul use Staravia and Torterra to battle Brock and his tag battle partner Holly, who are using Croagunk and Farfetch’d.

Unlike Ash and Paul, who are getting along just as badly as ever, Brock and Holly work well as a team. But against a powerhouse Pokémon like Torterra, even Brock and Holly are unable to win. Paul sneers at Ash for celebrating and thinks his Torterra was the only reason they won, but it doesn’t matter now. Ash and Paul move on to face Dawn and her partner Conway in the final round. And for this battle, Ash chooses Chimchar and Paul chooses Elekid to battle against Dawn’s Buizel and Conway’s Heracross.

Dawn and Conway are good partners, too: they know how to work together and synchronize attack and defense. However, Conway’s strategies didn’t anticipate that Paul’s Elekid would evolve into Electabuzz in the middle of the match! Buizel and Heracross do their best, but Electabuzz’s power and Chimchar’s Fire-type attacks win the day. Of course, now that he’s evolved his Elekid, Paul couldn’t care less about victory or the Soothe Bell prize. But Ash believes Paul’s Chimchar will be a great addition to his team, and he’s looking forward to the next Gym battle in Veilstone City! 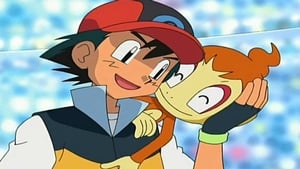