When Ash runs into his new rival Paul, Ash wants a rematch—and a chance to show off his new Turtwig! The battle takes an unexpected turn when Turtwig disobeys Ash’s orders, and is then accidentally kidnapped by Team Rocket during their latest attempt to grab Pikachu. Naturally our heroes thwart Team Rocket’s plans, but Ash and Paul are knocked off a cliff in the process. Ash tells Dawn and Brock to meet him on the other side of the surrounding forest. He’s ready to team up Paul to get out of the woods together, but Paul isn’t interested and walks away.

Ash soon discovers that the forest is full of Stantler, and he keeps getting lost in the illusions created by their antlers. On the bright side, he and Turtwig have a chance to spend some time together reconciling their differences. Eventually they find their friends again, along with the inevitable swam of Beedrill. If that wasn’t enough, our heroes are then chased out of the forest by a grouchy Ursaring. Of all people, it’s Paul who comes to the rescue and catches Ursaring in the process.

Now Paul and Ash are free to finish their interrupted battle. Ash and Turtwig show off their new and improved teamwork, but even that just isn’t enough to beat Paul and his Chimchar. Paul walks away, smug in his victory, and now Ash is more determined than ever to beat him the next time they meet! 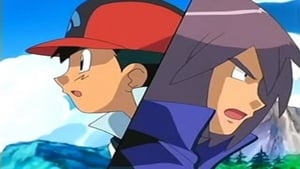