May and friends finally arrive in Fallarbor Town, ready for the next Pokémon Contest. There are already a lot of coordinators there, including one named Grace with a Medicham. Grace already has 3 ribbons, and shows off her Medicham’s special combo.

May tries practicing combos with her Beautifly, but gets confused. Drew shows up and taunts her.

When Ash tells Drew he’s not competing, Drew challenges him to a battle that Drew wins. Drew implies that it takes teamwork between a Trainer and Pokémon to succeed, which May doesn’t have. With her confidence shattered, May is easily duped by Team Rocket’s scam.

May gets her confidence back and enters the contest, standing on stage next to a confident Drew. Her second Pokémon Contest is about to begin. 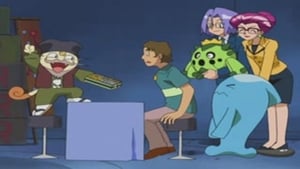