Ash lost his first Battle Tower challenge, but he won’t give up. He’s out practicing with his team the next day, until Tauros stirs up a Beedrill nest that even Anabel can’t calm them down. Both Anabel and Ash end up in the lake, but at least they see the funny side of it all. Below them, Team Rocket tries to burrow their way to Pikachu, but they find Munchlax instead. Undaunted, they bring out a giant Wobbuffet device to assist in their scheme, but all it takes is a Tackle from May’s Eevee to puncture that plan.

With Team Rocket out of the way, Ash challenges Anabel again. Both Trainers use the same teams as before, but this time Ash plans to get the best out of his Pokémon. Corphish is confused by Alakazam’s Psybeam during their rematch, but Ash recalls it to its Poké Ball to cure the confusion, then sends it back out. Corphish wins the battle, but it’s tired out and Anabel’s Metagross knocks it out in one hit. Then Ash’s Tauros has a head-on battle with Metagross that ends in a double knockout!

Now it’s time for one of Anabel’s favorite Pokémon, Espeon! Pikachu is fast, but so is Espeon. Things are going well for Anabel until Pikachu’s attack accidentally shorts out the lights, startling Espeon. With Espeon rattled, Pikachu finishes the battle and wins Ash the Ability Symbol! Now it’s time for the location of the seventh and final challenge, the Battle Pyramid, to be revealed—it’s near Pewter City, so there’s a homecoming for Brock to look forward to as well! 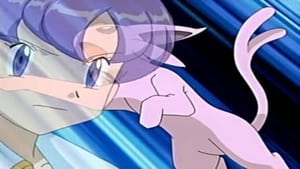