Ash is ready to board the ferry to Ever Grande City when May comes running up—she’s won four plane tickets to Ever Grande! Except once the kids are onboard, the flight crew turns out to be Team Rocket in disguise, and the plane is headed for Team Rocket headquarters! Now if only Team Rocket had thought to fill up the fuel tank first…

Out of fuel, the plane makes an emergency landing on an island in the middle of the ocean. As Ash and his friends exit the plane, they meet Robin, a traveling salesman who’s been stranded on the island for ages. Luckily, he also made a Wailmer friend to help him out! But Wailmer wasn’t strong enough to carry Robin past the whirlpools that surround Wailmer Island, as Robin now calls it. Team Rocket tries to swim for it themselves, and find out firsthand how dangerous the whirlpools are!

Brock realizes that with help from their Pokémon, the group can convert the airplane to a ship. Once the ship is finished, Team Rocket grabs Pikachu and steals the ship, but once again they’ve forgotten about the need for fuel. The ship ends up wrecked in a whirlpool, and Wailmer helps Ash save Pikachu just in time.

Together, Wailmer and Pikachu stop Team Rocket, and Wailmer evolves into a huge Wailord! Now Wailord is strong enough to carry Robin, Ash, and his friends through the whirlpools and safely back to the ferry. But Robin, who realizes he never truly enjoyed his job in the city, decides to return to Wailmer Island with Wailord and live life to the fullest. As he departs, Ash and company turn their sights towards Ever Grande and the Hoenn League competition two weeks away! 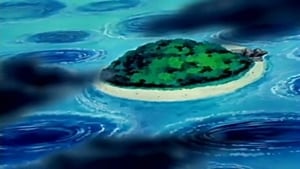